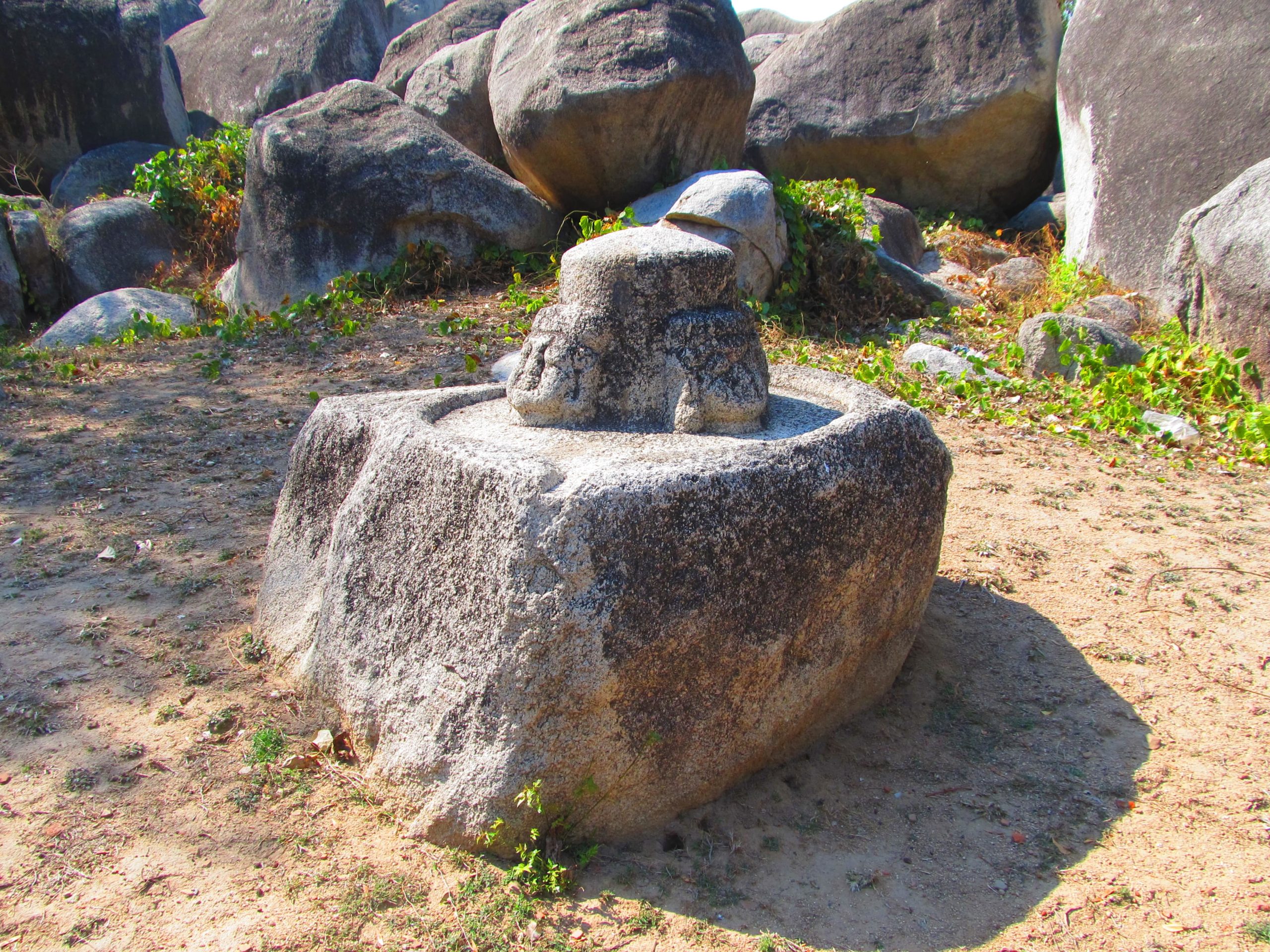 A journey to Crow Hill

‘Kauwa Dol’ must be the most interesting name for a heritage site anywhere in the country.  But beyond the name, the heritage tucked away at this site must rank alongside Bihar’s finest. Kauwa Dol is a study in contrasts – while its archaeological remains are rich in antiquity, the site remains obscure. Even visitors to the nearby Barabar and Nagarjuni caves are unaware of this site, a mere 5 kilometres from the former cave complex.

The Kauwa Dol hill is a bluff granite peak about 500 feet high. Its peculiar name has a story attached. Apparently, there was once a massive stone block at the top of the peak. Local traditions hold that the stone had a distinct feature – whenever a flock of birds would rest on it, the stone would rock on its base, without falling off.  The stone is gone today but the legend holds, even though no current dweller of the nearby village can recall having actually seen it.

What is of greater interest to a visitor, however, is not what is missing from the top of the hill but what remains around its bottom. When a visitor gets close to the hill, he realizes that the lines he saw at its base are icons from the Hindu-Buddhist pantheon of divine beings. Depictions of various gods and goddess have been carved into hill rock and the carvings extend all around the hill, bunched in irregular clusters.

Showcased on rocks here are the Saptamatrikas, carvings of Vishnu, Shiva, Ganesha and the Yoginis, to name a few. There is even a carving of a Goddess depicting fertility. In one corner is a chumukhi-linga, a Shiv-Linga with four faces, resting on a massive free-standing stone base. A stone object half buried in the sand nearby seems to be a Nandi. On another slope a Mahisasura-Mardini carving stands in isolation, with graffiti having damaged the rock on which it is carved. Another cluster of carvings depicts several Lingas on it. Broken columns and stone fragments are found re-used in village houses nearby.

Did the four-sided Linga and the buried Nandi come from a Shiva temple that once stood here? Was part of the site dedicated to Yoginis? Are the carvings on the rocks only part of a larger complex, yet to be unearthed? Perhaps an excavation would be needed to answer such questions. Today, a visitor can only gaze in amazement at the extent of the carvings.

The site seems to have first come to light when it was visited by Alexander Cunningham, the head of the Archaeological Survey of India (ASI), in the 1870s. He was accompanied by Joseph David Beglar, who was the first person to photograph and thus document the site briefly. Among the findings of that visit was a huge statue of a seated Buddha. Over 7 feet tall, this is estimated to be the tallest of its kind found in the region. The Buddha statue remains at the site, in a stone enclosure that stands on a mound. On one side are a few broken pillars which point to the antiquity of the site, which remains a matter of debate.

Beyond Cunningham, the Raj era also saw one more notable intervention into Kauwa Dol and from an unusual source. E M Forster, in his much-acclaimed ‘A Passage to India’ sets one part of the book – including a major turning point incident – at the nearby Barabar Caves. And then he mentions and describes Kauwa Dol. From the description, it appears the author visited the place in person.

To a visitor today, the Buddhist aspect of Kauwa Dol comes to light when he wanders around the flat area next to the hill. Some historians hold that the site of the Buddha’s excavation was the location of a Buddhist monastery, believed to have been visited by the Chinese traveller Hiuen Tsang during his travels in the region.

The site is an easy drive from the popular destination of Gaya, which is also where the nearest airport is located. A visitor could also see it while driving from Patna to Bodh Gaya – a short detour is all that would be needed. The area around Kauwa Dol has seen its road infrastructure improve in recent years, but overall economic development is sub-par and jobs remain scarce. Given the proximity to the airport at Gaya, perhaps a collective effort to drive awareness of its heritage can generate more jobs and drive growth in this part of Bihar.