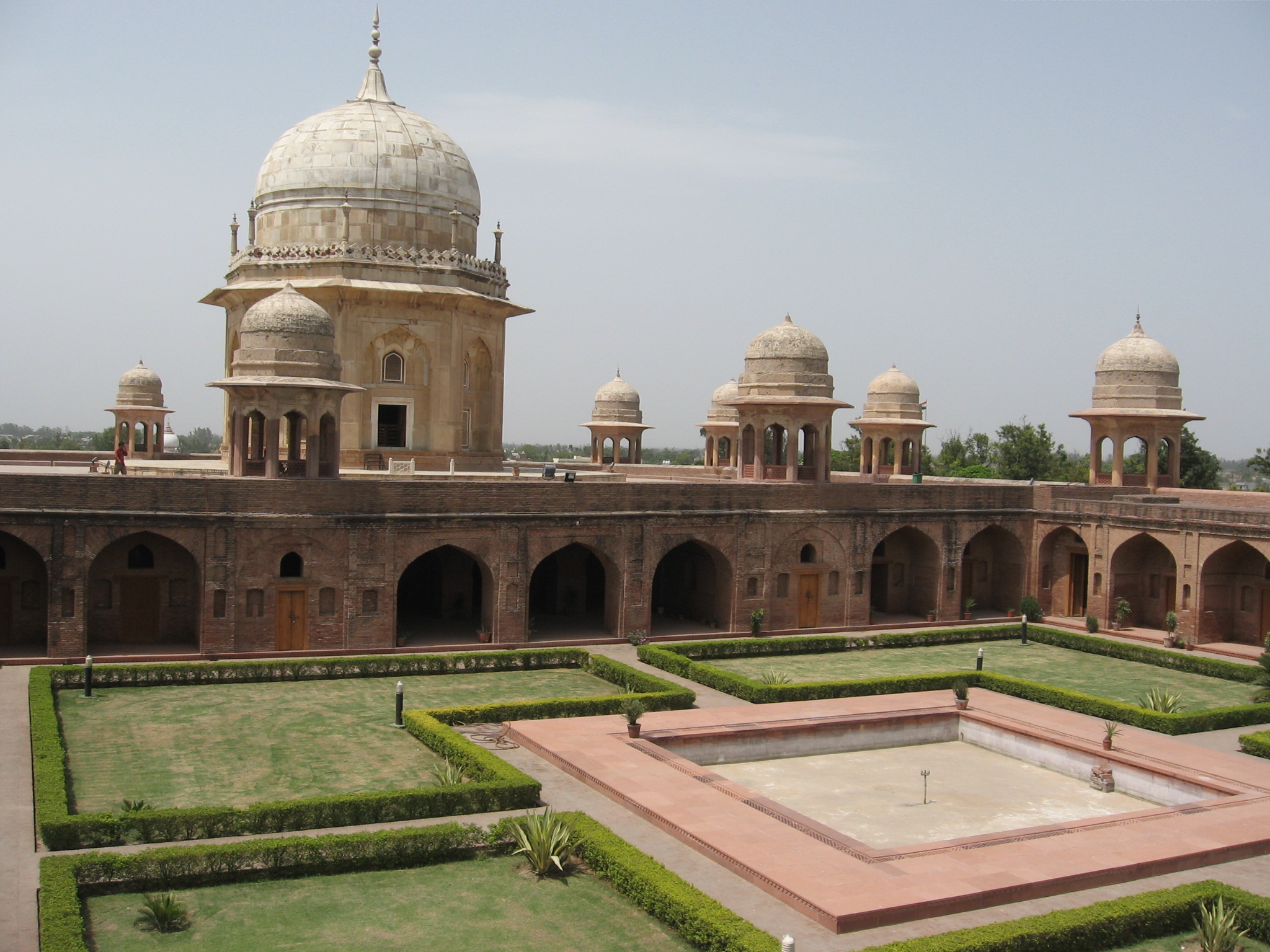 Thanesar is a bit confusing to a first-time visitor. For one thing, it is quite impossible to understand when the temple town of Kurukshetra has gone past and when Thanesar has begun, so closely intertwined are the alleys and lanes of the two. But if the visitor is of a curious bent of mind and persistent in his enquiries of Thanesar’s past, he could find a tiny treasure trove of history sitting by itself in the heart of the congested town.

The Harsh-ka-Teela, to give the treasure trove a working title, is the popular name used by the locals while referring to the Archaeological Survey of India-managed complex within Thanesar. While driving to the complex, the vehicle moves through slow-moving traffic amid congested roads. After a series of turns, the complex suddenly looms in the form of a high wall. Flanked on two sides by a row of unremarkable, supposedly ‘modern’ houses, the walled structure looks almost Martian amidst the surrounding chaos.

But the origin of the main structure within the walled complex is Mughal rather than Martian. This is the madrasa and tomb of the Sufi saint Abdur Rahim, better known as Sheikh Chilli. The saint is believed to have been the spiritual teacher of the Mughal prince Dara Shikoh and while this is not confirmed, the design, elegance and ornamentation of the tomb suggest a patron of considerable wealth. The tomb is believed to have been built around 1650 which is the time Dara’s star was in the ascendant. Having said that it is remarkable that the tomb survived the pillages of Aurangzeb who detested everything his brother Dara stood for.

For survive Sheikh Chilli’s tomb and madrasa have done and in great style at that. The complex is entered by an arched gateway much like one would enter a small citadel. Within, a person finds himself in an open courtyard flanked on all sides by a quadrangular madrasa. Each side of the quadrangle has nine cells, each of which is entered into via a high arched gateway and now house an ASI museum and offices. A stairway from a corner of the madrasa leads to the tomb which is built on a raised platform. The tomb platform is ringed by chhatries on all sides with a small pavilion at one end. In the exact centre of the platform rises the actual tomb – a slender octagonal structure made of yellow, buff stone with a nearly white, bulbous dome at the top. The place has been heavily restored but that does not take away from the effect.

The ASI complex has more to offer. A tiny mosque built on another raised platform behind the madrasa is the elegant Pathar Masjid, a pre-Tughlak period creation which shows extensive signs of using temple remains. Did a temple once stand here that was demolished for this structure? There are enough signs to indicate that this was the case.

A still-functional Dargah dedicated to another saint stands within the green lawns behind the madrasa. The entire complex is built on what appears to be an older artificial mound worthy of excavation itself – something borne out by the discovery of ruins of what could possibly have been the King Harsh Vardhan’s capital. There is also a small museum within the complex which cries out for an interested curate, for it has real potential.

Driving away from the place back through Thanesar’s chaos, it is hard to imagine a Mughal Prince patronizing the place or a King of the stature of Harsha ruling much of India from here. But then, imagination is what history is all about…

Thanesar is a mere 160-odd kms from Delhi and can be explored as a day trip out of Delhi, combining heritage nuggets in places such as Karnal and Panipat. Alternately, it can be checked out as a pit-stop while driving from Delhi to Chandigarh or vice-versa. Haryana Tourism has a popular motel at Kurukshetra, at the point of turn-off towards Thanesar – they serve an excellent buffet lunch for hungry travelers. The ASI charges a nominal ticket fee for entry to the monument.