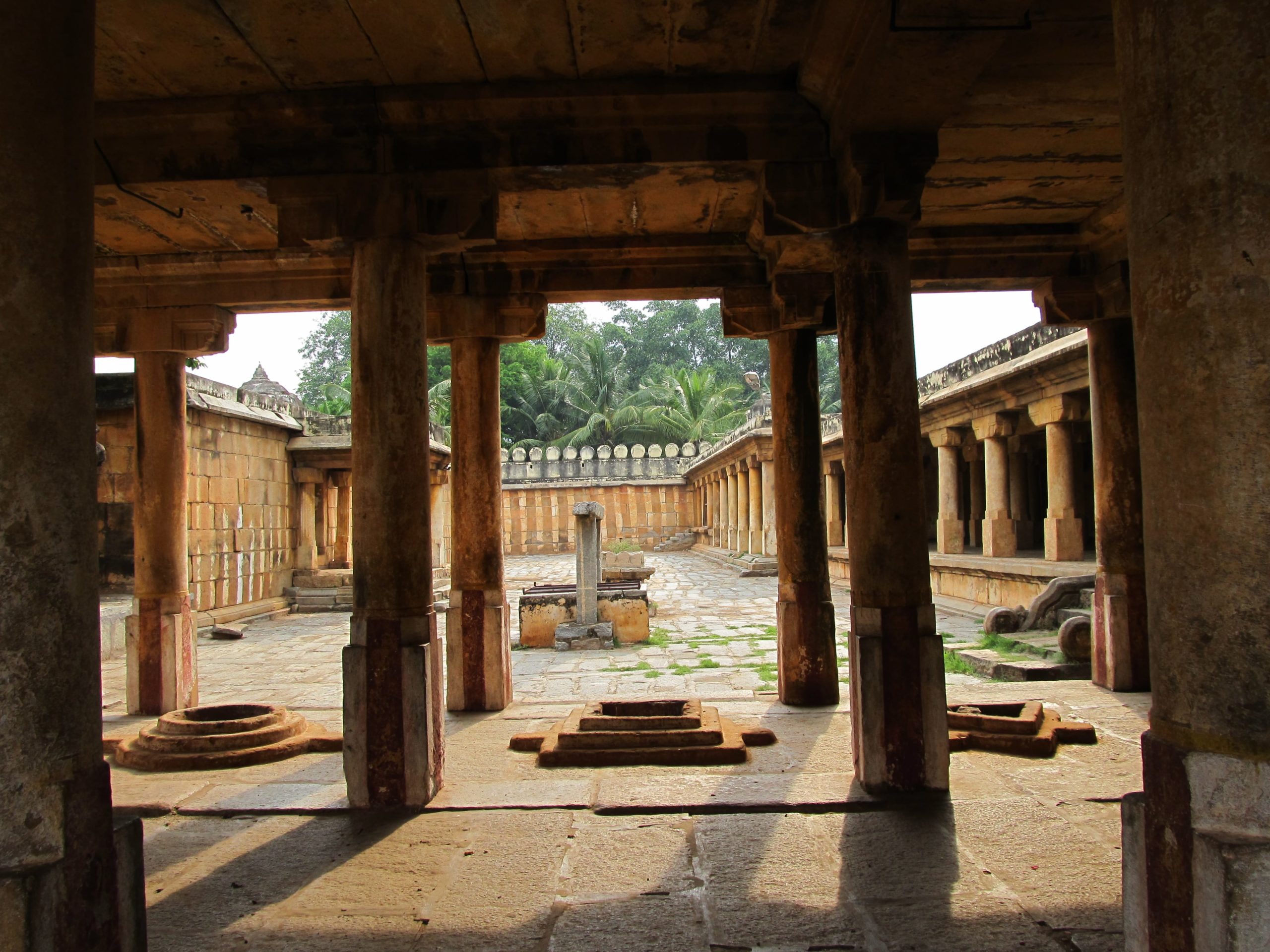 In a sanctuary of faith

The inner sanctum of the Narayana temple was cloaked in impenetrable darkness. That did not deter the elderly priest from walking swiftly past me, his eyes either better accustomed to the dark or his soul more enlightened to see the Lord where I could not. A moment after he entered the Lord’s chamber, the darkness was broken by a tiny spot of light. The spot quickly increased in size and intensity in the process dispelling darkness from all but the corners of the inner sanctum. But then, spiritual light always goes till a point. Beyond that, it is we who must come closer to benefit from it.

This is Kere Thonnur. I was in the region seeking traces of Tipu Sultan, and tumbled into a gem that is far removed from conflict, in a quiet corner where only faith has survived. The road into the place keeps a visitor interested. One drives past a mix of well-built and mud houses, glance quickly at what looks like an old wall on your right and go on to the hill yonder. On the way up, one passes a group of people happily splashing around in a mini waterfall and wonder what the source of the cascading water is. That question gets answered at the top of the hill for on the other side is a lake, an expanse of clear blue water. The water is clean, something remarkable in today’s age. On a regular day, you will have the place to yourself. On a weekend, there might be a couple of dozen people.

The water will invite you to jump in for a swim and if you look around you will find half-a-dozen people who accepted the invitation. Among them could be a techie posing as an Olympic swimmer, alongside whom will be a fisherman looking to pounce on his unsuspecting prey. The water of the lake is deep in parts but there will be no one to warn you to be careful. Instead, there is a partially submerged idol of Nandi – Shiva’s celestial bull – which looks ready to pray for your soul if you venture too far. This place is called the Thonnur Lake, also known as the Tirumala Lake.

Go back to the village and this time, drive slowly. Stop at the place where you saw the old wall. Leave your vehicle and walk in. Go around the old wall on the track. A huge gateway will loom before you. It stands by itself at a distance from the wall, looking like part of a building block puzzle someone forgot to put in. On your left will be a gap in the wall, which is the doorway to a temple. This is the Krishna Gopal Swamy temple, one of several in Kere Thonnur dedicated to the God Vishnu and his incarnations. After you pass through the doorway, you find yourself in a large courtyard at the centre of which is the main shrine. On your right is a pillared structure which looks like a shelter for devotees to gather. All around the inside of the old wall – which looms up to about 15 feet in height – runs a pillared corridor with small shrines at the corner. The most interesting feature of this temple is the set of drawings on the walls. These are outline drawings and not full paintings. Gods and goddesses, elephants and birds are all depicted here. Unfortunately, the flaking of plaster from the walls has severely damaged some drawings while in other places, blurring of the outlines has caused the image to become barely visible.

Across the road from the Gopal Swamy temple is the Narayana temple. Like the former, this temple too has a high wall around it. The most striking feature of this temple is the stone pillar in front of it. About forty feet in height, the pillar has an iconography representing Vishnu on all four sides. However, it appears that the pillar has, over time, lost an object that would have crowned it. Could this have been an image of Garuda, Vishnu’s vehicle? We may never know the answer. Between the pillar and the temple entrance is a small stepped tank, used for cleansing purposes. This is the main shrine of the village and there are always a few people around. Inside the temple, the structure looks like that of the Krishna Gopal Swamy with a central shrine in the middle of a courtyard. However, you feel the difference when you enter the shrine.

At the beginning of the sanctum, there is a solitary skylight, all sides of which are rich in iconography. Unfortunately, electricity is not as omnipresent as the Lord and you will probably have to feel your way to the inner sanctum just I had to. Of singular architectural importance in this temple is that the inner sanctum is protected by a wall at the back. The space between the wall and the shrine thus forms a parikrama where devotees can move around the shrine in ceremonial prayer. Within the sanctum, the place comes alive when the priest lights a small lamp. As the flame gradually increases and touches the far corners of the sanctum, you look around in wonder at the idols tucked away into alcoves all around, forming a protective army for the main idol of Vishnu.

There are many stories about Kere Thonnur. One gives it a different name – Kere Thondanur or simply, Thondanur, which was a provincial capital of the Hoysalas. Another speaks of this place as having been visited by the saint Ramanuja in the 11th century. This story holds that Kere Thonnur was once ruled by a King called Bitti Devaraya. When his daughter fell ill and no one could heal her, the King – till then a staunch Jain – sought the help of some Vaishnava scholars who had come to the place. It is said that Ramanuja, one of the visiting scholars, healed her by merely looking at her. The grateful king is believed to have become a follower of Vishnu from that moment onwards. The inscriptions on the temples here give evidence to their being examples of 12th century Hoysala architecture. How did a provincial capital become such a back-of-the-beyond hamlet? Why do the temples here have outer walls that resemble fortifications? Again, there are more questions than answers here. The lake here was formed when an embankment was created between two hills trapping the water on one side. In 1746, Nasir Jang, the visiting son of a Subedar of the Deccan named it Moti Talab.

Just as I was leaving the Narayana temple, the dark clouds that had been gathering for a while opened up with all their intensity. There are two more temples in the village, but the last I saw of one of them was the priest hurriedly locking up and rushing off in the mounting rain. That is reason enough for me to go back another time. After all, the Lord never answers all our questions at one go, does he?

Kere Thonnur is in Mandya district of Karnataka. The best way is to go there is through Srirangapatnam, 127 kms from Bangalore. From there, drive through Pandavpura to get to Kere Thonnur, which is about 20 kms from Srirangapatnam.