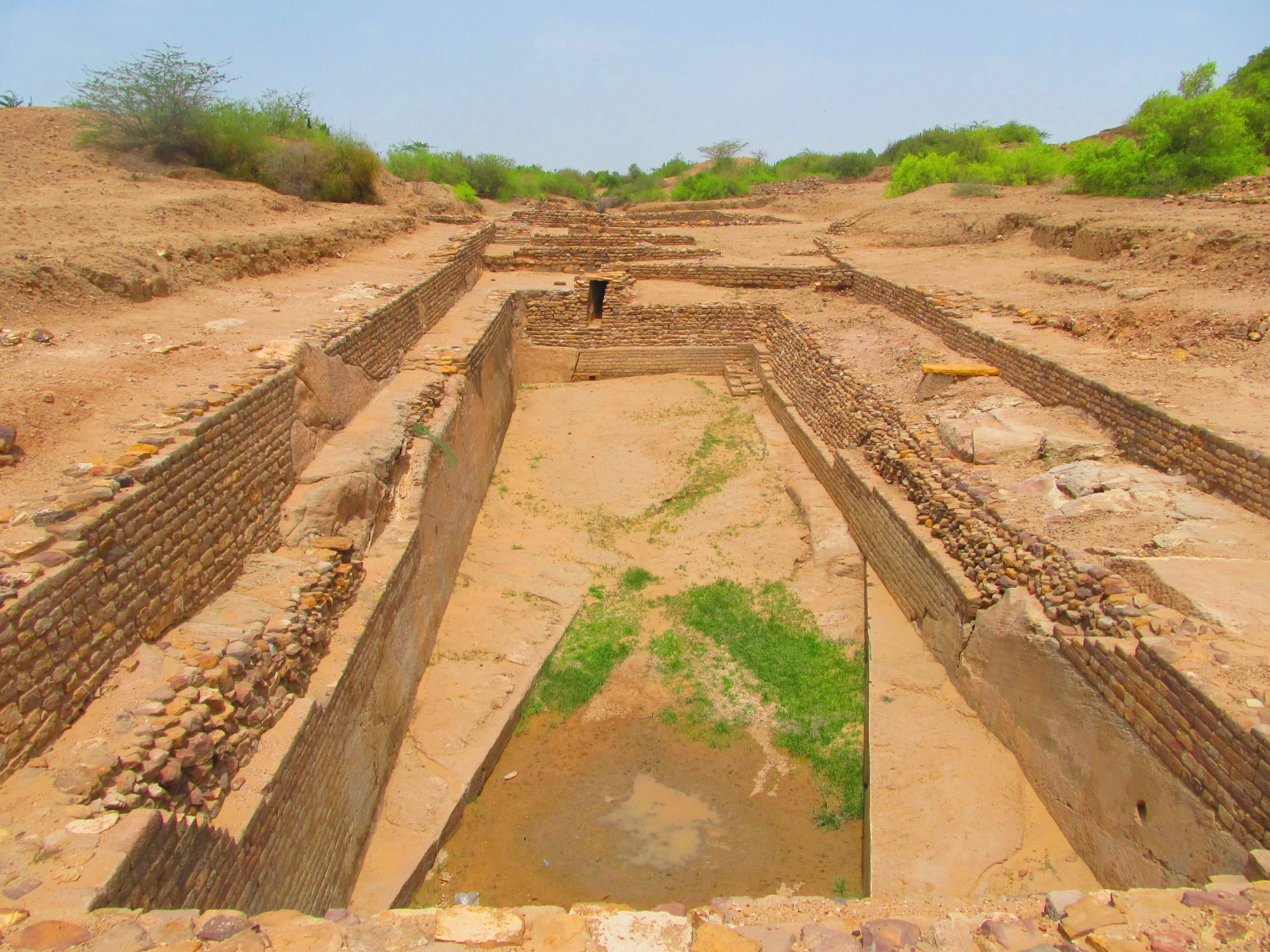 Dholavira: A monument to foresight

The drive from Bhuj to Dholavira takes a little over four hours. Gradually, the browns and greens of the countryside give way to the white sands of the Rann, broken occasionally by the colourful attire of passing Rabari or Ahir folk, nomadic pastoral tribes of this region. The stark and sometime marshy landscape that a casual visitor sees after Rapar makes it feel as if civilization has been left behind. Forget cities and towns, there is almost no human habitation to be seen. It is hard to believe that somewhere in these arid sands a large city once existed. Most of the Indus Valley sites give that impression, with the strands of habitation having moved elsewhere in most cases.

At the excavated site of Dholavira, there is ample evidence of this having been a large settlement. The Archaeological Survey of India (ASI) excavation at the site between 1989 and 2005 found evidence of seven distinct periods of habitation with the earliest being dated as far back at 2650 BCE. Spread over a hundred acres, the site is broadly divided into a citadel, a middle town and a lower town, of which the citadel is heavily fortified with a double rampart wall. Seals, beads, pottery, animal bones, ornaments and bronze vessels have been found over the extensive excavated zone. All this points to a substantial population. Which throws up a question of how such a population’s need for water could have been sustained in this arid region, where the average annual rainfall today is about 400mm.

This brings us to the most interesting feature of Dholavira. Excavations have uncovered evidence of an extensive water management system. The city is located on Khadir Bet, which is technically an island in the Rann of Kutch. The place may once have had a connection to the Arabian Sea but that has long silted over. Dholavira lies between two seasonal rivers, the Mansar to the north-west and Manhar in the south-east. Given the area’s history of prolonged droughts, the inhabitants built a network of stone bunds and sloping channels through which water was brought from the catchment areas of the rivers into storage reservoirs. Remains of these reservoirs are found all over the city, of varying sizes. Two of these are massive. A 2014 excavation also revealed a massive stepwell whose dimensions make it thrice as big as the Great Bath of Mohenjodaro.

All this is ample evidence of sophisticated hydraulic engineering. Not only did the authorities of the place apply their minds to the task, the community too would have played an active role in water management. Stunning, because we are talking about something that was created several millennia ago. Compare this town planning to that of today, where despite supposed technological advancement, ordinary citizens struggle to access potable water.

A final word – there is evidence that despite its waterworks, the city’s history involved long periods of being deserted and eventually, a final abandonment. While the reason for its fate will remain a mystery until the Indus Valley script is deciphered, it would be safe to assume that water problems could have had a major role to play. That should sound a small warning bell for both authorities and citizens today, that the cities we inhabit too depend entirely on water.

Dholavira is a long drive from Ahmedabad and travellers should plan to stay at Bhuj, which is central. An excellent base for a weekend trip to explore the region, Bhuj is over 200 kms from Dholavira and the drive takes one through one of the world’s most unique landscapes. Next to the site is a museum which gives an excellent snapshot of the place’s past with a wealth of artefacts that emerged in the excavation here.