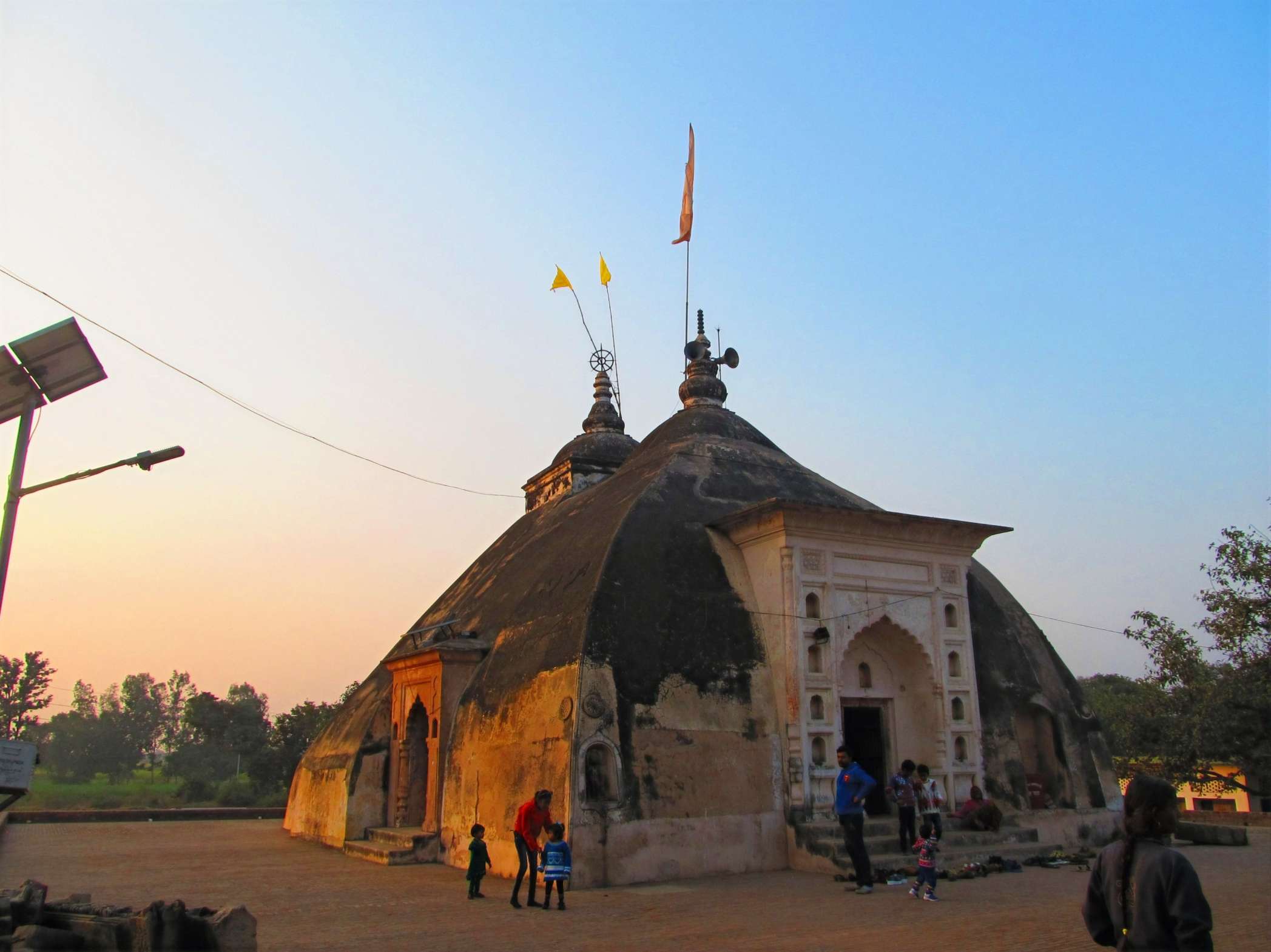 It is a curious observation that several villages in Uttar Pradesh have ‘Bujurg’ suffixed to their names? Kushinagar district has a Rampur Bujurg and a Pipra Bujurg, there exists a Bisanda Bujurg in Banda, a Bistauli Bujurg in Gorakhpur – that’s just to name a few. While it is difficult to be sure about the reasons behind such names, my own theory is that villages of known antiquity were given such names.

The theory stems from the rich vein of heritage observed at a village called Behta Bujurg, number 152 on the ASI list for Lucknow Circle. The description makes for interesting reading, arresting the attention of history buffs: it speaks of images of Lakshman, Ganesh and Vishnu and a Gupta pillar in a temple at the village. It does have a misleading aspect though – the village is mentioned only as Behta, with the Bujurg being added on non-ASI maps and in local parlance.

Not far from the better-known Bhitargaon, the Behta Bujurg temple stands out among all the other ancient temples in the region. For one thing, the temple is dedicated to Lord Jagannath which instantly reminds one of eastern India, an impression that gets strengthened on seeing the place. The temple’s structure is startling for any visitor – no conventional vimana pattern is found here. Instead, the outer walls curve from both sides to form a gentle dome-like shape which flattens out at the top to make way for two small shikharas, each with a flag attached.

Unlike the brick-terracotta temples in the region, this one is made of stone. The fact that it remains in worship ensures a regular flow of devotees from not just the surrounding villages but also from as far afield as Kanpur and Lucknow. Once a year, a Rath Yatra sees over 20,000 people converging on this sleepy village – interestingly this happens at the same time as the grand yatra in Puri. The rest of the time, the temple can be visited and explored at leisure. The courtyard in front of the temple houses some artefacts – fragments of the Gupta-period pillar mentioned by the ASI. The statues of Lakshman and Vishnu are embedded into the walls of an entrance mandapa. The sanctum sanctorum houses a huge black stone idol of Lord Jagannath, flanked by smaller idols of Balabhadra and Subhadra.

Close observation of the temple precincts and a conversation with the priest throws up several puzzling aspects: the most interesting being about the antiquity of the temple. According to locals, it has not been renovated since the 11th century – however, given its relatively good condition, that can be taken with a pinch of salt. Given the traditions associated with the place, it is entirely possible that the existing structure was built on the site of an earlier temple. The second point of interest is thrown up by the Gupta-period pillar and idols – which look out of place in the construct of this temple. The central idol of Jagannath does not form a monolithic block with its base – it seems merely placed on the base and does not appear to be a cohesive unit.

The priest had his own theory about this puzzle – he stated that many of the historic remains in the temple, including its idols and many decorative motifs, had come from mounds near the village. Unearthed during agricultural or construction activities, they had been placed in the temple for their continued preservation. Here the description in the ASI list comes to mind – protection is extended not to the temple but to the pillar and a select few idols. A sure-shot pointer to the greater antiquity of the Gupta period fragments than of the temple, which is far more recent. It makes a strong case for a close examination of this ‘Bujurg’ village for mounds that may yield more clues to its true heritage.

Mention must be made of a powerful local belief associated with the shrine: about a fortnight before the monsoon, all attention is on the shrine. If the ceiling of the temple is merely moist, the belief is that rain will be sub-par. But if water droplets start dripping from the ceiling, it points to ample rainfall. Reason enough to go to Behta Bujurg in July and observe the accuracy of its predictions?