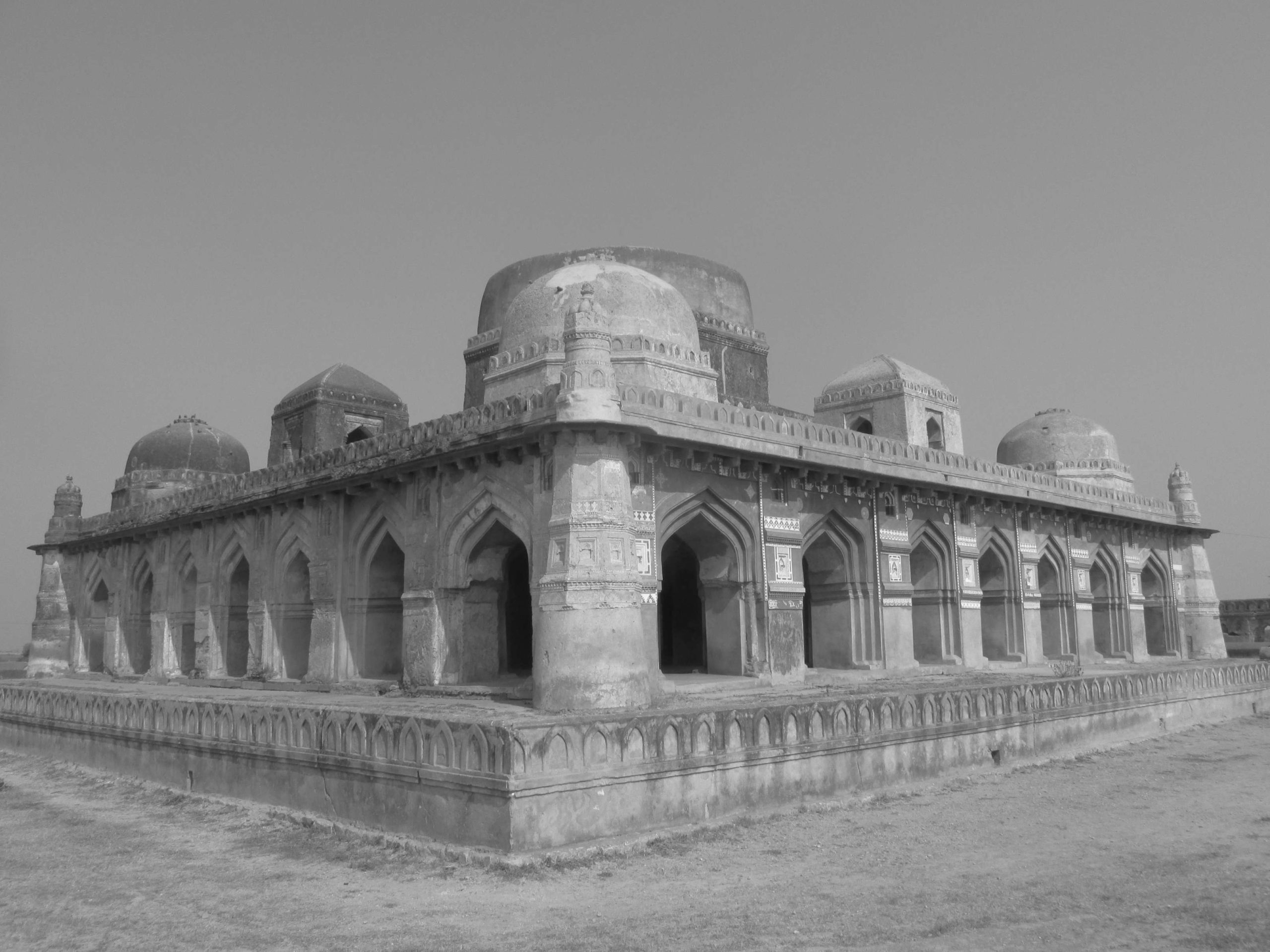 A Graveyard in Kalpi

A journey south-west from Lucknow towards Jhansi is a bit like going into a different universe. Once Lucknow and Kanpur are left behind, there are no more large cities, the greens and browns of the countryside become the dominating colours, there are more trucks and tractors than cars on the road and the air is cleaner, more breathable. A little more than half-way on this journey, after crossing a traffic-jammed bridge which seems to shudder with the crossing of every heavy vehicle, the town of Kalpi is arrived at.

At first glance, Kalpi is an utterly nondescript town that a visitor would be best advised to whiz through. However, to those with an inclination towards history and heritage, there are enough nuggets of the past to occupy several hours. The Archaeological Survey of India (ASI) website says that a ‘Chaurasi Tomb of Lodi Badshah’ lies in Kalpi. This is intriguing, and not just because a ‘Badshah’ came to be buried in dusty Kalpi. The Lodi dynasty, coming at the tail-end of the Sultanate period in Indian History, is well-known with three rulers. Of the three, two are buried in Delhi and the third and last ruler, Ibrahim Lodi, fell in battle at Panipat in 1526. Which makes one wonder about the identity of the mysterious badshah buried at Kalpi.

The tomb lies alongside the highway, just outside the town. Locals, oblivious to the Lodi identity of the tomb’s occupant, simply call the structure Chaurasi Gumbad, though the building does not seem to have eighty-four domes. As Lodi tombs go, this one is quite unique in design. All Lodi tombs that I have seen earlier, as well as the Sur tombs of the same period, follow an octagonal design. The Kalpi tomb, however, is square in design. Each of the four sides of the tomb is punctuated by seven arched doorways. The main structure of the tomb is surrounded by a dwarf wall. The entire complex is demarcated by a higher stone wall, now partially ruined.

The tomb has been restored in part by the ASI, from the front and to some extent, from the inside. The sides and the back are in a state of disrepair. If this is a phased restoration, it seems to be a long project by the look of things. Every now and again, folks stop by and offer prayers over the gravestones inside the tomb. When someone is praying at the graves, time seems to truly stand still. A little research reveals the identity of the tomb’s occupant as being Jalal Khan, a brother of Ibrahim Lodi. Jalal had, for a time, tried to set himself up as a parallel authority to his brother, with his capital at Jaunpur. Ultimately, Ibrahim prevailed and Jalal returned to Kalpi, his old fiefdom. Post his death, he was buried in this tomb. From Jalal’s failed attempt at becoming a badshah is drawn the popular name of the tomb.

A curious visitor who walks to the back of the tomb would be richly rewarded. Nothing on the ASI website reveals that the tomb is not in isolation but is, in fact, the tip of a very large Islamic necropolis which seems to span several kilometres. A drive through a road nearby takes one into the midst of the necropolis. There are more than fifty tombs around, seemingly built in a random manner. According to historical records, most of them belong to the Sayyid and Lodi dynasty periods. Most are in a ruined state and crumbling. Not even one is protected nor does the local population seem interested in their upkeep. In fact, the necropolis is still in use with the locals continuing to bury their dead wherever space is available. The space available by the necropolis seems even greater than the land under cultivation here. Incredible!

Kalpi’s heritage goes beyond the necropolis though. With stone tools and other remains being found along the Yamuna here, scholars have claimed that human habitation at Kalpi dates back thousands of years. It also finds mention in Hindu mythology with the belief that the rishi Ved Vyasa was born here. There is a Ved Vyasa temple in the town although the structure is a relatively recent construction. Some accounts also say that Mughal Emperor Akbar’s minister Birbal was born in Kalpi.

Not to be left behind, the British also arrived in Kalpi, capturing the town in 1802 from the Marathas and making it part of Bundelkhand Agency. The 1857 Mutiny saw the town witness heavy fighting with the sepoys of an infantry battalion stationed here rising against their officers. The conflict saw the population of the town drop from over a lakh to below 10,000. It was in Kalpi that the legendry Rani Laxmibai and Tatya Tope joined forces against the British. Eventually, Sir Hugh Rose’s troops recaptured the town in 1858. There is a British cemetery in another part of the town, with most of the tombstones broken. Nearby is a government rest house with a domed structure inside – its purpose unknown. Not far away are the remains of Kalpi fort, overlooking the Yamuna. In another part of the town is a 225-ft tower called the Lanka Minar. Built under the patronage of a wealthy citizen in 1885, it is embellished with scenes from the Ramayana. Just another unexpected fragment of heritage in Kalpi!